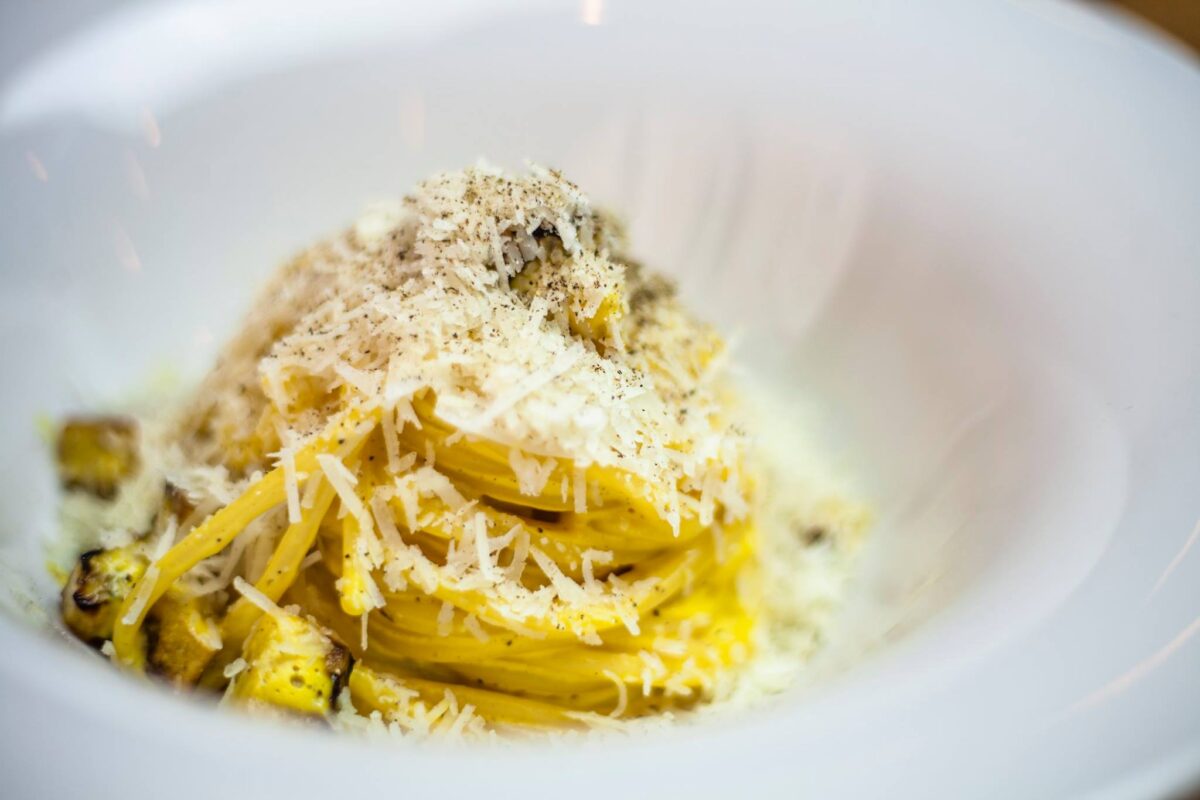 The American Smoky Tomato Carbonara has divided the web but united Italians: according to a survey by the Unione Italiana Food on a sample of almost 4,000 people, for 95% of Italians it cannot be called a Carbonara if it contains tomato. A clear position, but it can be different all over the world: purists and innovators alike will be called upon to share their “perfect Carbonara”, following the debate on Facebook, Twitter and Instagram with the hashtags #CarbonaraDay and #MyCarbonara.

Carbonara Day is the world’s largest “online spaghetti feast” dedicated to the most popular and shared pasta recipe. To date, there are over 1.4 million posts on Instagram with the hashtag #Carbonara. Designed by pasta-makers at Unione Italiana Food with the support of IPO – International Pasta Organization, in only 5 years #CarbonaraDay has reached a potential audience of over 1 billion people. Today it is an unmissable event for food influencers, media, cooks and fans who want to share opinions about the dish and, more generally, about the relationship between tradition and contamination in the kitchen.

But what does #MyCarbonara mean? For purists there is only one way to make it and 5 classic ingredients: pasta, pork cheek, pecorino cheese, egg and pepper. Innovators believe that, as pasta is a versatile dish, there should be no limit to reinterpretations of this recipe. The truth lies somewhere in between: There is no perfect Carbonara, but one that is “perfect for me”. #MyCarbonara, in fact. Provided, of course, that the author’s touch respects the spirit of the original recipe.

According to Raffaello Ragaglini of I.P.O. “Imagination or necessity may give life to recipes inspired by this dish. But then don’t call them Carbonara. There is only one Carbonara, like Venice. Then of course, we all have our own secrets and the equation for the perfect Carbonara is based on personal taste or family habits. This year we want to demonstrate that even by using only the classic ingredients you can make a Carbonara that is ‘perfect for me’.”

HISTORY OF A DISH OF UNCERTAIN ORIGINS… WHAT IF IT WERE ACTUALLY YANKEE?

Perhaps Carbonara is so greatly loved and replicated because its origins are so uncertain. The controversy surrounding Smoky Tomato Carbonara has divided the two countries (Italy and USA) that compete for authorship of the dish… or maybe they have both contributed to the creation of one of the most successful ‘glocal’ recipes.

For some, Carbonara was born in 1944 from the union of Italian pasta and the ingredients of American soldiers’  ‘K-rations‘ (powdered egg yolk and bacon). Travelling back up the Peninsula, the American military added spaghetti to their ‘K-rations’ to increase their intake of carbohydrates. Fun fact: the inventor of the K-rations was in fact Ancel Keys, who, years later, would “discover” the Mediterranean diet. This theory is also supported by Marco Guarnaschelli Gotti, author of the Grande Enciclopedia della Gastronomia (Great Encyclopedia of Gastronomy). A second hypothesis attributes its paternity to the Apennine coal burners (carbonari in the Roman dialect), who prepared it using readily available ingredients that were easy to preserve. The Carbonara in this case would be the evolution of a dish called ‘Cacio e Ova’ (cheese and egg), originally from the regions of Lazio and Abruzzo. A final hypothesis would trace the genesis of the recipe back to Neapolitan cooking, which identifies a possible version of the dish in the 1837 treaty Cucina teorico-pratica (Theoretical-practical cooking) by Ippolito Cavalcanti.

LESS IS MORE: THE LONG ROAD TOWARDS “TRADITIONAL” CARBONARA

Origins aside, the ingredients and commandments of Carbonara as we eat it today have been a recent conquest, made up of attempts, errors and… subtractions, which have removed the superfluous to isolate pork cheek, egg, pepper and pecorino cheese, in the name of simplicity that distinguishes it from another iconic dish such as spaghetti with tomato sauce. Anyone scandalized by horror recipes across borders would do well to read vintage cookbooks. In the reconstruction by food historian Luca Cesari, Carbonara made its appearance in cooking magazines in the fifties and throughout its history, it has been prepared with prosciutto (or coppa cuts) and mushrooms; with eggs, parmesan and clams; or with garlic, Gruyère and parmesan. And then there is Ugo Tognazzi’s version, with cream, chilli and brandy, cooked for hundreds of Americans during a promotional tour in the States. Along with the ingredients, cooking techniques are also evolving: for decades, the only way to make it creamy was to add cream. It has only been in the last 15-20 years, however, that a more scientific approach has been taken (creaming the ingredients together away from heat, cooking the egg and cheese mixture in bain-marie not over 62 degrees). This in addition to the availability of tools such as the kitchen thermometer make the perfect Carbonara accessible to everyone.

The eggs give the Carbonara creaminess and umami flavour, the pork cheek crunchiness, fat and “tanning”, the cheese flavour, and the pepper a note of spice. While the pasta accompanies this game of contrasts adding length and depth to these flavours. A Guide written by Luciano Monosilio, the “Italian king” of Carbonara, reveals that even the slightest intervention can change the final result. The pork cheek cut into thin strips is crisper and more flavoursome than when cut into cubes, which is however softer and has a greater bite. The percentage of fat is fundamental, it is the soul of the Carbonara, when well-cooked and browned it adds decisive taste to the dish. As far as the cheese is concerned, pure pecorino adds more flavour, while a mixture of sheep’s and cow’s milk cheese makes the dish more enveloping and softer, and better suited to a wider range of palates. As for the egg, the sauce must be creamy and not runny: The right proportions for four diners is three egg yolks and one whole egg. Black pepper adds more fragrance to the creamy sauce than white pepper. And finally, the pasta: spaghetti, Rigatoni or Mezze Maniche are all well accepted, despite giving different results. With spaghetti, the sauce wraps around the strands, almost like an egg pasta, while the pork acts more like a side dish. The shorter pasta formats, however, “hold” the sauce and pork, making the latter an integral part of the dish.

SHARE ON
carbonaraday / events
RELATED NEWS
carbonaradayevents
April 6th 2019, #carbonaraday: millennials launch the challenge of the carbonara of the future

It’s easy to say Carbonara: while experts are divided on its origin (Italian dish or “invented” by Americans?), thousands of interpretations confirm it as the recipe of pasta most loved … END_OF_DOCUMENT_TOKEN_TO_BE_REPLACED

Traditional, simple, global, ethical, different: that’s how chefs see the evolution of pasta in the next 30 years. These recipes will be on the menu of over 100 restaurants during … END_OF_DOCUMENT_TOKEN_TO_BE_REPLACED

carbonaradayeventsnews
April 6, 2020, #CARBONARADAY: A live streaming on social media to get closer chefs, bloggers and foodies celebrate the “Home Made” version of this pop dish