Skip to content
PASTA, WORLD CONSUMPTION BOOM SINCE THE LOCKDOWN STARTED 1 CONSUMER OUT OF 4 ATE MORE, 25% EXPORT INCREASE IN 6 MONTHS 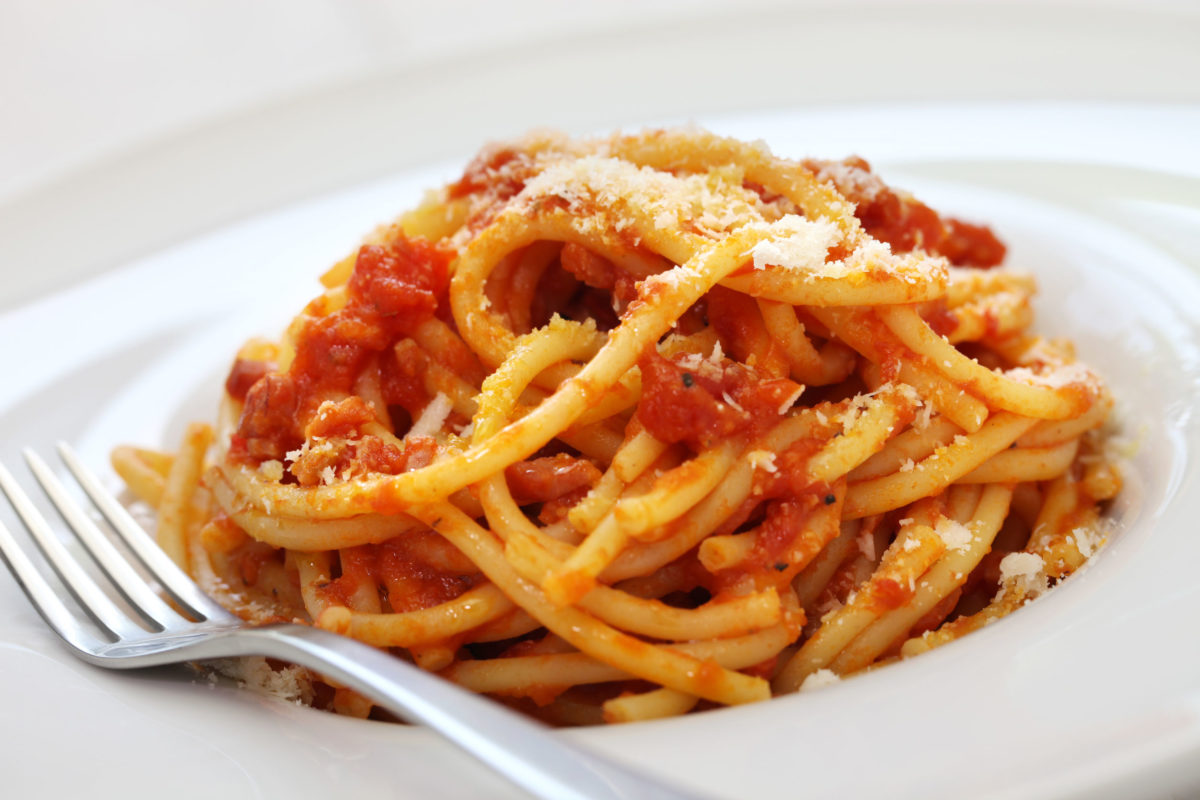 2020 has been sadly marked by the health emergency, but the global love for pasta hasn’t stopped. On the contrary, an international study reveals that 1 person out of 4 increased its consumption of pasta during the lockdown, thus choosing it as good, healthy, easy to cook, sustainable and “favorite” food in this very difficult period. The piece of research titled “Pasta consumption during the lockdown”, commissioned to DOXA by Unione Italiana Food and ICE Agency, confirmed what we saw in the symbolic pictures of the lockdown – shopping carts and cupboards full of pasta – by interviewing a sample of more than 5 thousand people in Italy, Germany, France, UK and USA. These countries make up more than a third of the global pasta consumption and are also the first reference markets for Italian pasta, whose 60% production is destined to export.

This piece of research was presented on World Pasta Day and gives confirmation “from the field” of a 20-year-long trend. In 2019, nearly 16 million tons of pasta were produced in the world, more than the double of the 7 million tons produced 20 years ago. In Italy, where the consumption of pasta is a strong tradition, there are no signs of retreat: we all eat it (98%), more precisely, 23.1 kg per capita per year. About 6 Italians out of 10 of all ages and mostly living in the central-southern part of the country eat it every day. But also – and this is already a piece of news – (almost) all French, German and English people eat it. Not to mention 9 Americans out of 10, which is incredible if we think that the USA are the homeland of high-protein diets. It must be said that in these countries, the average per capita consumption is lower than in Italy (9kg per year in the USA, 8 in France and Germany, 3.5 in the United Kingdom).

As of pasta shapes, Italians prefer short and ridged pasta, while English and American people prefer it long. German people prefer fresh pasta (whether stuffed or not). On the contrary, French people are those who prefer short and smooth pasta. Everybody agrees on just one thing: the quality of Italian pasta is not questioned. Indeed, made in Italy pasta is the first choice of world families. It is preferred by 72% English families, 68% French families, 54% German families and 48% American families (see Focus 1).

On its 22nd edition, World Pasta Day, an event created and managed by Unione Italiana Food (former AIDEPI) and IPO – International Pasta Organization, celebrates the global love for pasta on the 25th of October. In 2020, these celebrations will double: on the tenth anniversary of the recognition of the Mediterranean Diet as a part of UNESCO’s Intangible Cultural Heritage of Humanity, “Al Dente – The Italian way of Pasta” will be back: for one week (18th-25th October), 130 restaurants in Italy and all over the world will add a Mediterranean pasta dish to their menus. The chefs will be inspired by the #MediterraneanDietOfLife movement, a guide of principles and daily behaviors coming from the Mediterranean Diet and gathering diet, sport, conviviality and sustainability.

PASTA, THE WORLD QUEEN OF THE MEDITERRANEAN DIET THROUGH 130 RECIPES

Rome, Milan, London, Paris, New York, Washington, Dubai, Bali, Buenos Aires: these are just some of the “capitals of pasta” where it will be possible to taste – in some selected restaurants – one of the pasta recipes inspired by the #MediterraneanDietOfLife movement for one week. A journey around the world whose participants are many young chefs as well as greats like Heinz Beck, the Cerea and Alajmo brothers, Iside De Cesare, Sandro and Maurizio Serva and Francesco Apreda. Those pasta lovers who are willing to taste these special recipes can go to the list of the participating restaurants on http://aldente.worldpastaday.org (whose name already talks about the Italian passion for the perfect pasta cooking). The invitation by Unione Italiana Food and IPO is extended to bloggers and pasta lovers too: on the 25th of October, a social pasta party will gather the 5 continents during a virtual spaghetti dinner. Everybody can post their photos and videos of their concept of Mediterranean pasta by using #MediterraneanDietOfLife and #WorldPastaDay hashtags, on a day full of tweet ups, Facebook events and Instagram photos and stories to celebrate this worldwide famous lifestyle. The best ones will be shared and reposted on We Love Pasta official social media pages (Instagram, Facebook e Twitter).

RICCARDO FELICETTI: PASTA, THE SYMBOL OF MEDITERRANEAN DIET AND OF “PHASE 2”

“The increase in its global consumption means that pasta can be considered as crossover food, free from cultural, religious and economic barriers – Riccardo Felicetti, President of the Italian pasta makers at Unione Italiana Food, says. Then, it is good: the 2nd edition of Al Dente wants to highlight the pleasure to eat and cook pasta and many great chefs will help us to remind that this simple but noble kind of food is at its best also when it comes to healthy and balanced recipes inspired by the Mediterranean Diet. Pasta is a happy moment that helps us to step away from an uncertain future”.

According to Paolo Barilla, President of the IPO – International Pasta Organisation, “The figures about worldwide pasta consumption tell us that everybody likes it, it was everybody’s favorite food during the lockdown. Pasta is affordable, simple, it can be eaten every day and it means pleasure and happiness; it can unite people and it can be identified with the conviviality we missed so much. It is a versatile ingredient that matches well with all sorts of ingredients from every kind of cuisine and gives each recipe the taste and benefits of the Mediterranean Diet. Since 22 years World Pasta Day celebrates our passion for this ancient but innovative ingredient; indeed it is good for the palate, the Planet and the health of those who live in it”.

According to IPO figures, Italy is the first pasta producer (3.5 million tons, +4% compared to 2018, then there are USA and Turkey), and we are also the first consumers, with 23.1 kg per capita per year, before Tunisia (17), Venezuela (12) and Greece (11.4). The whole world celebrates this first place: 1 out of 4 pasta dishes in the world is Italian, 3 out of 4 in Europe. If 2019 saw an export record (more than 2.1 tons, +7.5% compared to 2018), Unione Italiana Food figures reveal an extraordinary result in the first six months of 2020 (+25%). Germany, UK, France, USA and Japan are the most strategic countries, but pasta consumption increased by 40% in the USA, Canada, Australia and Romania, by 30% in the UK, the Netherlands and Saudi Arabia. It increased by even 40% in Hong Kong, Ukraine and Ireland. Other strategic markets, like France, China and South Korea increased by more than 20%.

PASTA IS USEFUL TO HELP AND FEED THE “NEW POORS”

According to the latest UN estimates, in 2020 about 71 million people will move towards absolute poverty, the first global increase since 1998. The loss of income and social security pushes more and more people towards poverty and hunger. In Italy, for example, the social effects of the pandemic will affect about 1 million families that, according to Istat (the Italian National Institute of Statistics), will join the 5 million families who already live in absolute or relative poverty. On World Pasta Day, pasta confirms its ability to help a more and more poor and hungry Planet in a healthy and sustainable way.

“Afetr 50 years working with Italian, European and international pasta makers, I can definitely state that pasta has been and will be the queen of the table – Raffaello Ragaglini, Secretary General of the International Pasta Organisation and Honorary Secretary General of the Union of Organizations of Manufacturers of Pasta Products of the EU (UNAFPA). Pasta is the best representative of a healthy, safe, conscious and sustainable food culture”.

The British Nutrition Foundation – a British organization that deals with food – has launched a new strategy that only requires the use of palms, fingers and fingertips to measure … END_OF_DOCUMENT_TOKEN_TO_BE_REPLACED

What will we eat in 30 years from now? Almost certainly pasta. Its growing global success is a fact: in 10 years, its consumption almost doubled, from almost 9 to … END_OF_DOCUMENT_TOKEN_TO_BE_REPLACED

According to the British Medical Journal, researchers from the University of Toronto, Canada, analyzed 32 randomized clinical trial comparisons involving 2,448 adults to see how low glycemic diets with pasta relate to weight. … END_OF_DOCUMENT_TOKEN_TO_BE_REPLACED