Skip to content
The Truth About Pasta: It’s Good For You & The Environment 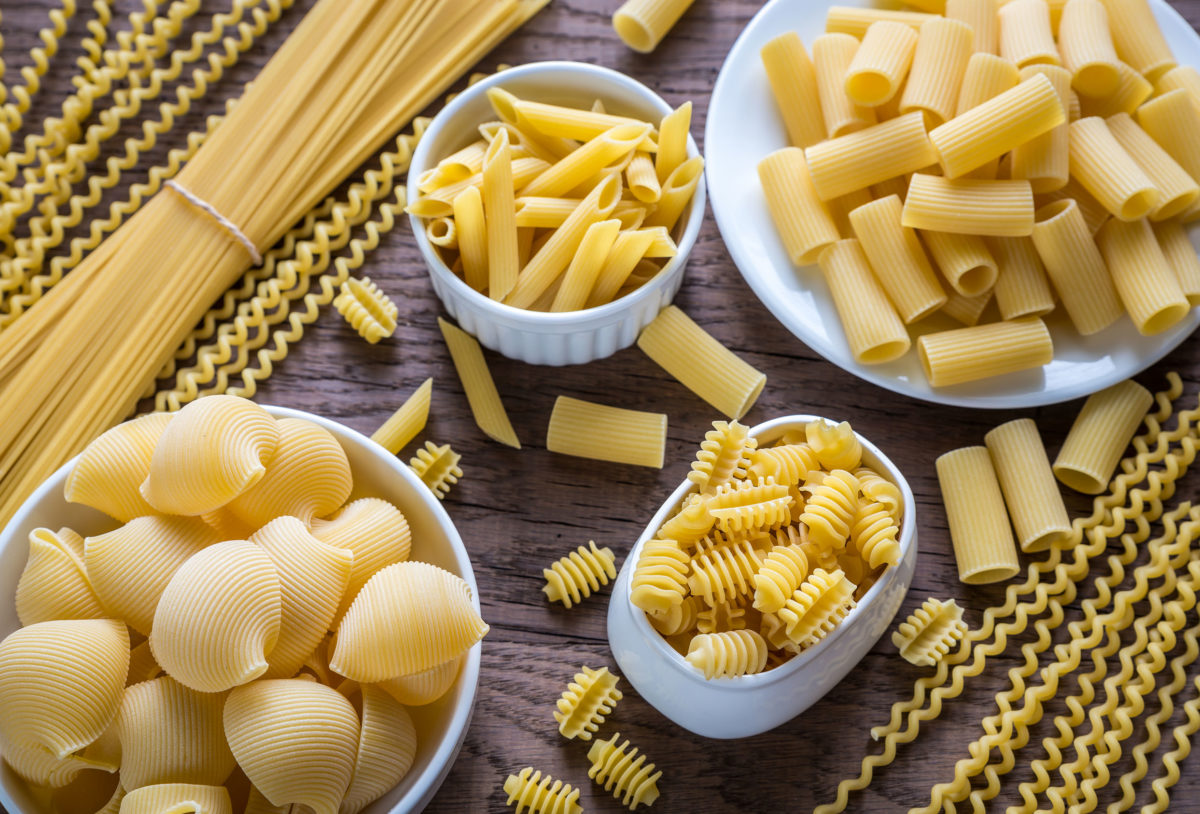 One of the world’s most beloved foods has suddenly become one of the most misunderstood. As the 18th Annual World Pasta Day approaches on Sunday, October 25, the nonprofit International Pasta Organisation (IPO) wants to change that by sharing the truth about pasta to combat the rise of unhealthy fad diets and misperceptions about carbohydrates.

“We want to tell a story about how pasta can really make a difference at tables all around the world, from both a nutritional and environmental point of view,” said Riccardo Felicetti, IPO Chairman. “Pasta is a healthy carbohydrate-containing food at the center of traditional eating patterns around the world such as the Mediterranean, Asian, Latin American and Vegetarian Diets and is one of the most environmentally friendly foods to produce.”

World Pasta Day has been celebrated internationally since 1998 to recognize the important role pasta plays in helping feed the world in a variety of healthy and tasty cuisines. In recent years, fad diets touting grain-free eating have proliferated, leading to consumer confusion about the popular staple.

As part of the event, the Boston-based nonprofit Oldways and IPO are organizing the 3rd Healthy Pasta Meal Scientific Consensus Conference. The conference brings together more than 20 scientists and health professionals from around the world to review scientific studies related to pasta and the Mediterranean Diet, published since the last World Pasta Congress in 2010.They will draft an updated Healthy Pasta Meal Scientific Consensus Statement.

“It’s time for pasta to fight back against misinformation about the important role of healthy carbohydrates in everyday meal plans,” said Sara Baer-Sinnott, president, Oldways, and expert in cultural food traditions and lifestyles. “It’s been five years since the Healthy Pasta Meal Scientific Consensus Statement has been updated and we look forward to having a new tool to help consumers better understand the role of pasta in a healthy diet.”

Much research already affirms the importance of total diet, based on traditional eating patterns such as the Mediterranean Diet, in promoting better health, according to Baer-Sinnott.

Myth #1: Pasta is from China. False: Marco Polo introduced pasta to Italy from China? A legend, helped along by the 1938 film, “The Adventures of Marco Polo” starring Gary Cooper, which took literary license in depicting the great traveler bringing spaghetti to Italy for the first time (around 1300). In fact, pasta dates back to ancient Etruscan civilizations. Ancestors made pasta by grinding several cereals and grains and then mixing them with water before cooking the mixture into a tasty and nutritious food product. The Italian version of noodles – spaghetti made with durum wheat – had been produced in Sicily for two centuries before Marco Polo made his way back from China.

Myth #2: Pasta makes you fat. False: Pasta does not make you fat. With the right portions and ingredient partners, pasta can be part of a healthy diet that you follow for the rest of your life. Pasta is at the core of the Mediterranean Diet –recognized by nutritionists as one of the world’s best eating patterns –and successful at weight management since pasta is often combined with fresh vegetables, tomato sauce, olive oil and small portions of fish, legumes and other lean proteins. Portion size is a key factor in weight management: A healthy serving of pasta for an adult is one-half to two-thirds of a cup of cooked pasta. As an added bonus, the starch present in pasta is digested very slowly, so it provides a prolonged feeling of fullness. To those who think that pasta is fattening, consider that Italians eat three times more pasta than Americans, yet the adult obesity rate in in the U.S. is three times higher than in Italy.

Myth #3: White colored foods have no nutritional value. False: Contrary to popular belief, lack of color does not indicate lack of nutrition. Think of natural unprocessed white foods like cauliflower, onions, turnips, mushrooms, white beans, and white potatoes – they are all nutrient-dense foods that are welcome in a balanced diet. Traditional pasta falls in this category and is a healthy food choice, containing important nutrients like folate and iron. Also, pasta cooked “al dente” has a low Glycemic Index (GI) with a better impact on blood sugar. For additional health benefits such as greater fiber and essential nutrients, there are a number of delicious whole grain pasta options on the supermarket shelf. And don’t forget to add color by loading on the veggies.

Myth #4: Gluten-free pasta is healthier. False: Celebs like Gwyneth Paltrow and Victoria Beckham brought gluten-free diets to the forefront. Yet, while sufferers of celiac disease, an autoimmune reaction to gluten in individuals who are genetically susceptible, must adhere to a strictly gluten-free diet, the rest of us don’t. Keep in mind the group that must avoid gluten is small (1 in 100 people suffer from celiac disease).For those pursuing a gluten-free diet in hopes that they will lose weight, celiac authority and assistant Harvard professor Dr. Daniel Leffler warns that the opposite effect is just as likely and that adhering to a gluten-free diet is often associated with weight gain. Therefore, gluten-free products aren’t necessarily the answer. In addition, gluten positively impacts pasta quality and gives it a specific texture, making it firm to the bite (“al dente”) after cooking.

Myth #5: The wheat we eat today is different than that of grandparents due to GMOs. False: Today’s wheat grain is not much different than it was 50 years ago, according to Joseph A. Murray, a professor of medicine at the Mayo Clinic and the president of the North American Society for the Study of Celiac Disease who has also studied wheat genetics. Genetically modified (GM) wheat is not commercially grown in the United States, in line with European and worldwide wheat producers. And, in response to concerns that today’s wheat contains more gluten, USDA researcher Donald Kasarda, who has been studying wheat genetics for decades, found that gluten content in wheat has not in fact increased.

According to The NHS – National Health Service –  Britain’s publicly funded healthcare system, the largest and the oldest single-payer healthcare system in the world – the Mediterranean diet is the best … END_OF_DOCUMENT_TOKEN_TO_BE_REPLACED

eventsnewsworld pasta day
Pasta, that’s how we will eat you in 2050

The chefs and pasta lovers who will take part in the first edition of “Al Dente” (http://aldente.worldpastaday.org), have been inspired by the following 6 main trends that will mark pasta … END_OF_DOCUMENT_TOKEN_TO_BE_REPLACED

2020 has been sadly marked by the health emergency, but the global love for pasta hasn’t stopped. On the contrary, an international study reveals that 1 person out of 4 … END_OF_DOCUMENT_TOKEN_TO_BE_REPLACED